Chelsea and Liverpool meet at Wembley on Saturday in the FA Cup final, less than three months after the two sides faced one another in the Carabao Cup final.

Jurgen Klopp’s side were victorious on that occasion, and remain hopeful of completing an unprecedented quadruple.

Chelsea, meanwhile, will play in their fifth FA Cup final in the last six seasons, and have become ‘cup specialists’ to a degree under Thomas Tuchel, having reached six finals during his 16 months in charge of the club.

Here, we take a look back at the last five cup final meetings between Chelsea and Liverpool.

The two sides met less than three months ago in the Carabao cup final, and Liverpool emerged victorious after a penalty shoot out. Both sides had goals ruled out during normal time, but even extra-time couldn’t provide a breakthrough and the two sides went to penalties. Tuchel subbed on Kepa Arrizabalaga with seconds left, and the Spaniard then failed to save a single penalty before missing his own to give the Reds victory. 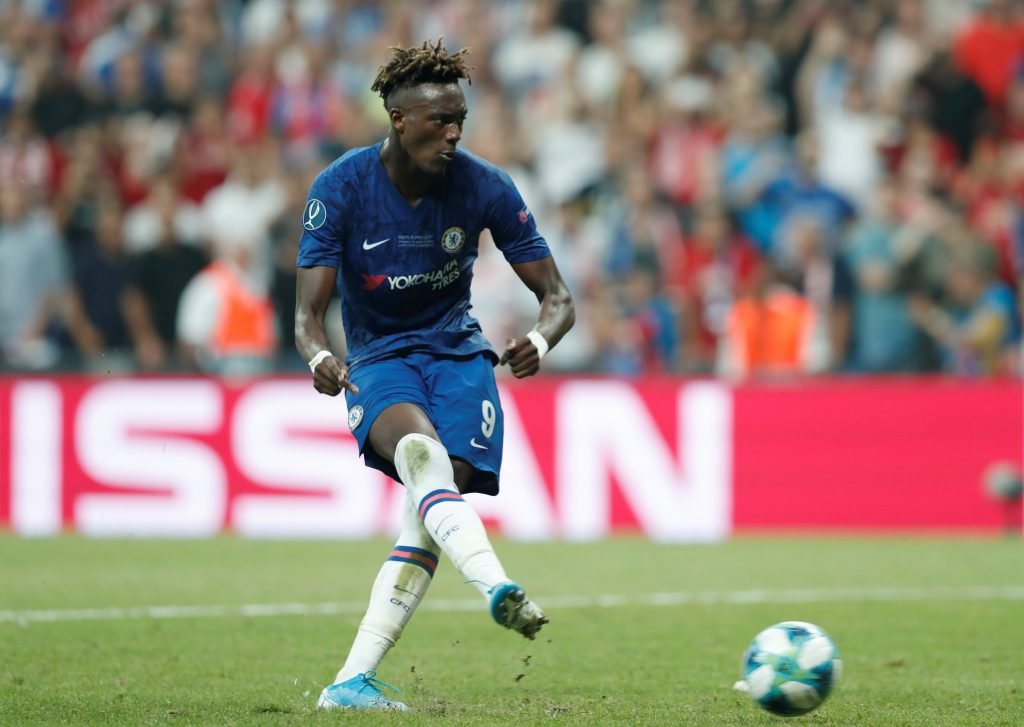 Abraham missed the decisive penalty in 2019

Frank Lampard’s second game in charge of Chelsea was against Liverpool in the Super Cup final, with his predecessor Maurizio Sarri having won the Europa League months before. The Blues took the lead, but then fell behind in extra time as Sadio Mane grabbed his second. Jorginho came to the rescue, temporarily, for Lampard with a penalty deep in extra-time, before the match once again went to penalties. The first nine takers all stepped up and scored, before Tammy Abraham missed his spot kick.

Chelsea and Liverpool met in the FA Cup final a decade ago, and it was the Blues who emerged victorious and later went on to win the Champions League too. Brazilian midfielder Ramires put the Blues ahead on that occasion, before Didier Drogba doubled their lead in the second half. An Andy Carroll goal shortly after proved to be nothing more than a consolation as Roberto Di Matteo lifted the trophy. 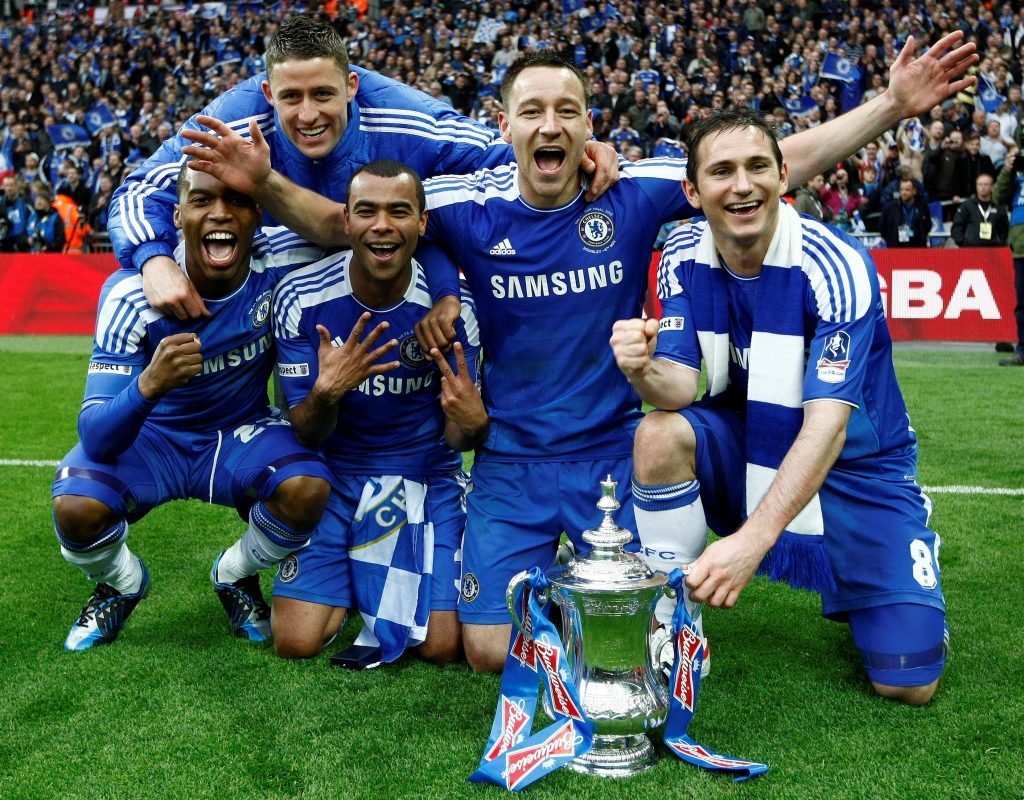 Chelsea beat Liverpool in 2012 to win their seventh FA Cup

Perhaps the least high profile of the finals on this list, but a trophy nonetheless. As Premier League champions, Chelsea met FA Cup holders Liverpool in the Community Shield final in 2007, and it was the Reds who were victorious. John Arne Riise put them ahead before they were pegged back by Andriy Shevchenko, but Peter Crouch popped up with a late winner to gift Liverpool the first silverware of the season. 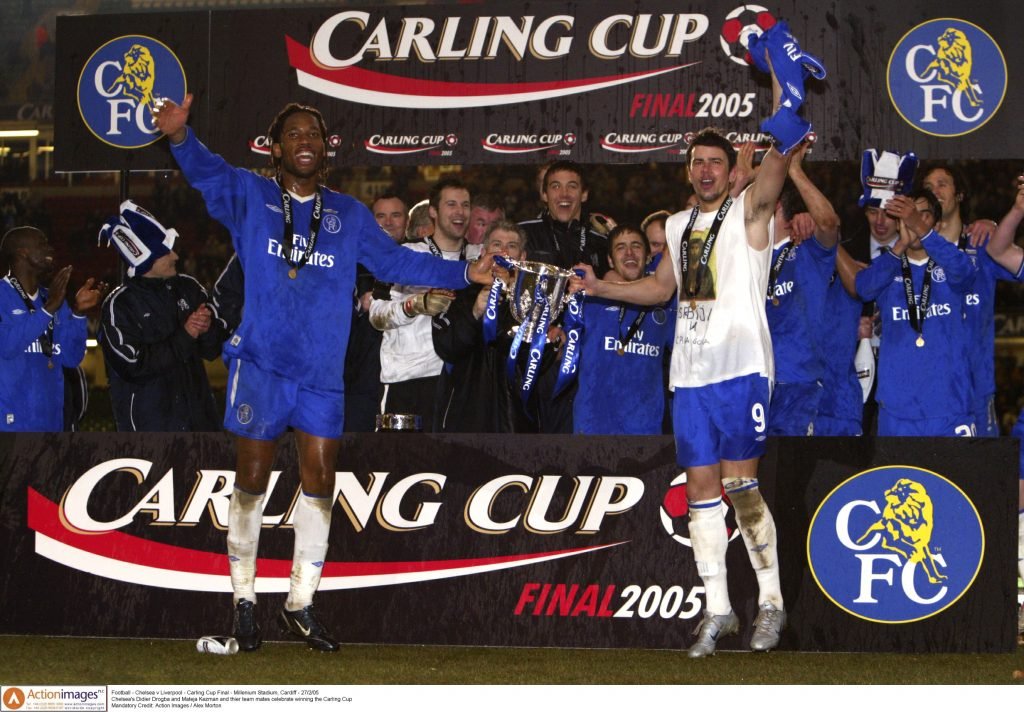 Jose Mourinho lifted his first silverware in England in 2005

The 2005 League Cup final took place in Cardiff as Wembley was being rebuilt, and Jose Mourinho lifted his first trophy in English football after a dramatic win over Liverpool. John Arne Riise had put the Reds ahead within the first minute, and the game remained that way until the 79th, when captain Steven Gerrard put through his own net to draw the Blues level. The match went to extra time, and two quick goals from Didier Drogba and Mateja Kezman gave Chelsea a commanding lead. Antonio Nunez pulled one back for Liverpool, but it proved to be too little too late.

With an average score of 8-7 in favour of the Blues over the past five cup final meetings, it is clear to see that these two sides are very evenly matched. While Liverpool have pulled away from Chelsea in recent seasons, few would bet against Tuchel’s side giving Klopp’s men a challenging game on Saturday.