A Virtual Run for the Cause

Charity has extended into the virtual world on several occasions. But, for the first time ever, players in Call of Duty can participate in a virtual “run” for charity. Today Activision-Blizzard announced that, from May 26th through June 3rd, they will be hosting the Call of Duty Veteruns event. The event is challenging players to run 100 virtual kilometers in Call of Duty: Warzone Pacific. Of course, the event will feature in game rewards and will help allocate a $1M donation from Activision Blizzard to the Call of Duty Endowment. 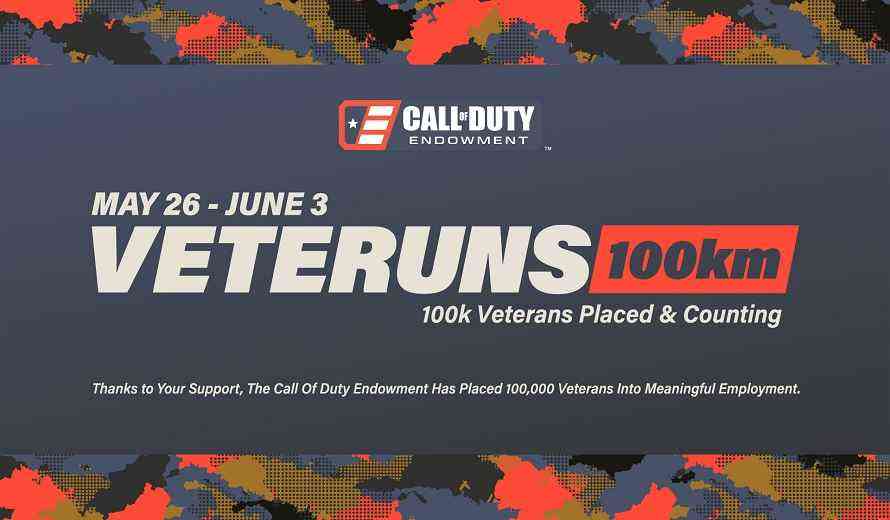 “We always look to engage our players in new ways, and working with the Endowment allows us to give our fans the opportunity to do something that is both fun and impactful,” Says Fernando Machado, Chief Marketing Officer of Activision Blizzard.

In a press release Activision outlines it’s goal. The company pledges to allocate $1 for every 10 virtual kilometers run in Warzone. Additionally, the donations will be matched up to $10 per player as part of a $1 million total donation to the Call of Duty Endowment. Furthermore, players will earn special calling cards for running. 25kms earns players the bronze card, 50kms the silver, and of course, 100kms will get you the gold calling card.

The event itself is in order to celebrate the Call of Duty Endowment employing 100k veterans in meaningful work. As a result, increasing awareness, players can access a unique report on their event stats by Tweeting at @CallofDuty with their gamertag and the hashtag #CODVeteruns100K.