Qualifying was run under spots of rain as thunder rumbled around the Mugello circuit on Saturday afternoon, with Q1 initially beginning on wet tyres before a switch to slicks despite marshals still waving rain flags.

The Q2 pole shootout session was ultimately completed on slick tyres, with Gresini rookie Fabio Di Giannantonio using his knowledge of the iffy conditions in Q1 to snatch a shock maiden pole.

Only one crash happened in qualifying, when Marc Marquez – who announced on Saturday that he Mugello will be his last race for the foreseeable future owing to further surgery on his right arm – was caught out in the rain spots at the start of Q2, with the session needing to be red-flagged after his bike caught fire.

Quartararo feels the fast and flowing nature of the Mugello circuit should have prompted Race Direction to delay the start to qualifying to allow conditions to become safer.

“This afternoon, I think the conditions were really dangerous,” the Yamaha rider, who will start Sunday’s race from sixth, said.

“But in this track, we cannot wait for something to happen to postpone or to wait.

“So, for me it was not a good decision to go onto the track with the conditions that we had.

“In this track, that is such a long track, it can be wet there, dry here, and you start here and it’s dry, but then you go to one place, when you go to Turn 8 or Turn 9, the corners where you arrive close to 100km/h or more, and you flick in super-fast and you don’t know the conditions, it’s not a great feeling.” 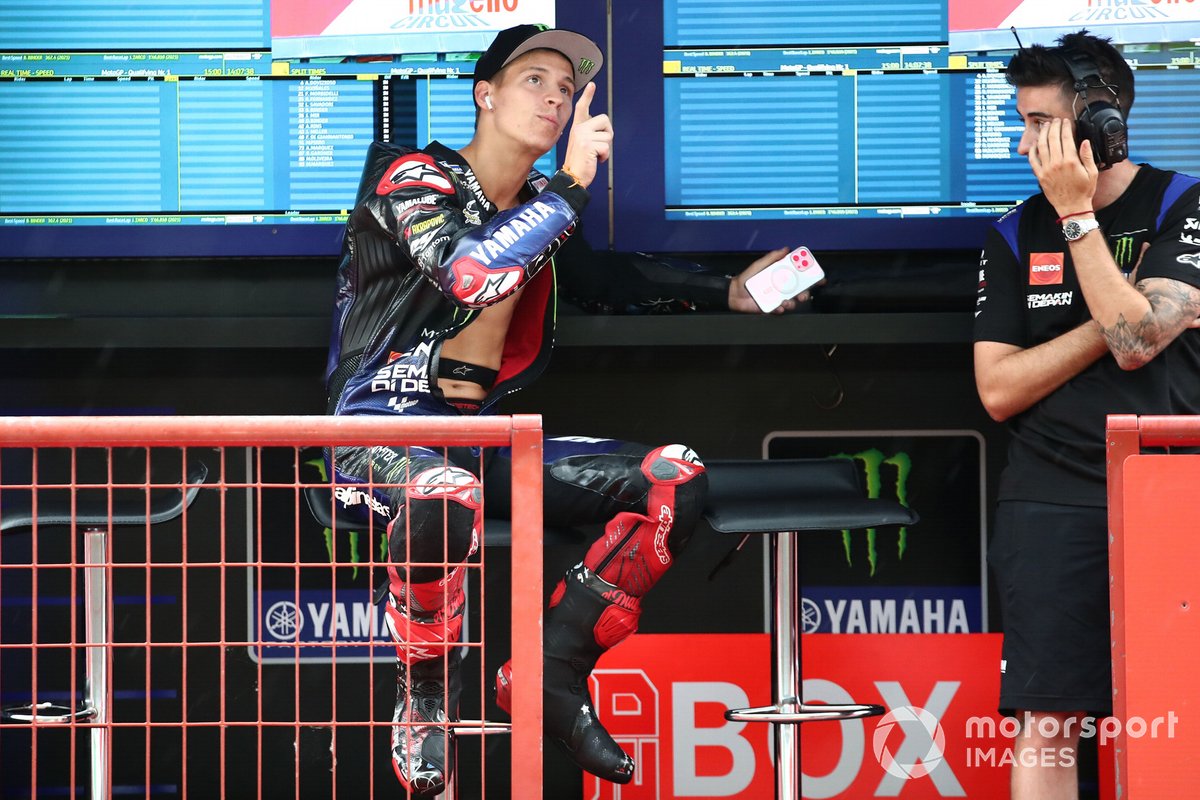 Aprilia’s Aleix Espargaro, who will start a place behind Quartararo, echoed the Frenchman’s comments and added that the marshals continuing to show rain flags when it has stopped spitting at the end of Q2 caused confusion.

“You have no idea what’s going to happen. And then in the second part of the qualifying, it was almost not raining anywhere, it was quite dry, that’s why the lap times were so fast. But the marshals insisted with the rain flags.

“So, I was trying to be focused on the corner, but looking to the next one to see the flags.

“If I saw no flag in the next one, I risked on the brakes. If I saw the flag, I didn’t risk.

“But sometimes you arrived to a corner and it was not raining, but they were showing the flag anyway.

“It’s difficult. You have to trust them 100% because if they show it and you go full gas and crash, it’s your fault. So, it was a very difficult qualifying.”

VR46 Ducati rider Luca Marini, who was one of the riders to benefit from the conditions as he went third fastest behind rookie teammate Marco Bezzecchi and poleman Di Giannantonio, felt conditions were fine to run in and that no one was being forced to run the lap times there were in Q2.

“The track is difficult, was really tricky conditions,” Marini said. “But if you want to be safe, you can go slow. Nobody pushes you to make a 1m46s.

“We are the best riders in the world and you need to perform at our best, especially in these conditions because the other riders can do this. So, you need to do this if you want to stay in front.

“This was a good opportunity for us to make a good lap time and I think everybody can use these moments to make their best performance.”