Renting security to Layer 2 networks has become a very profitable business for Ethereum.

With Layer 2 networks gaining significant traction in user activity, the gas fees Ethereum is raking in for renting its security are breaking record highs.

According to on-chain data from Dune, Layer 2 networks are now spending more gas than ever to settle or prove transaction batches on Ethereum’s mainnet, with spending consistently surpassing 10 billion gas since the beginning on May.

For instance, the highest amount of gas ever used on the Ethereum mainnet to settle Layer 2 network transactions occurred this Wednesday—immediately after Optimism launched its OP governance token late Tuesday. Specifically, all Layer 2 networks combined spent around 3.95 billion of the total 100 billion daily gas limit on Ethereum, accounting for about 3.95% of the gas spent on the network that day. To put the growth rate into perspective, the total monthly gas spent by Layer 2 networks on Ethereum in May 2021 was around 5 billion, whereas in May this year, it was approximately 52 billion, marking over a tenfold increase in absolute gas usage terms.

When Ethereum traffic increases it accrues value to all ETH holders. This is because the base gas fees on Ethereum are burned, reducing the overall ETH supply and thus increasing the value of all remaining tokens. In this way Ethereum “profits” as Layer 2 networks use its blockspace to settle transactions more efficiently than can be done directly on mainnet.

Unlike so-called sidechains like Polygon’s Matic blockchain, which have their own consensus mechanisms, Layer 2 networks take the transactional load off of Ethereum but borrow or inherit its security by ultimately settling their batches on mainnet. This leads to an interesting dynamic where Layer 2 transactions become increasingly cheaper for users, but mainnet transactions remain sufficiently expensive to pay for Ethereum’s considerable security expenditure.

Commenting on the surge in Layer 2 usage on Twitter today, Polygon co-founder Sandeep Nailwal speculated that over time, Ethereum might evolve from a user-focused to a network-focused chain where it primarily settles batched Layer 2 network transactions instead of individual, user-generated mainnet transactions. “As I also said before that #Ethereum is transitioning from a B2C(user to chain) business model to B2B(chain to chain) model,” he said, adding that eventually, “majority of the Eth’s gas would be used by L2 chains.”

An Optimism community member has proposed to exclude airdrop token sellers from future protocol airdrops on the basis that they were only interested in profit and not governance. The idea… 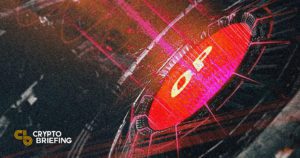 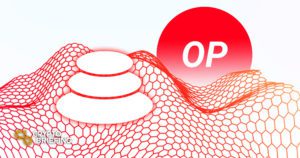 The Optimism token has also dropped over 70% since trading began yesterday.  Users Cash Out From Optimism Optimism airdrop recipients are taking their gains back to Ethereum. Bridges connecting Ethereum… 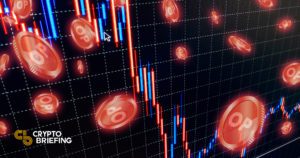