Contrary to what many fear, the time Norwegian children spend in front of a screen is associated with a good quality of life. 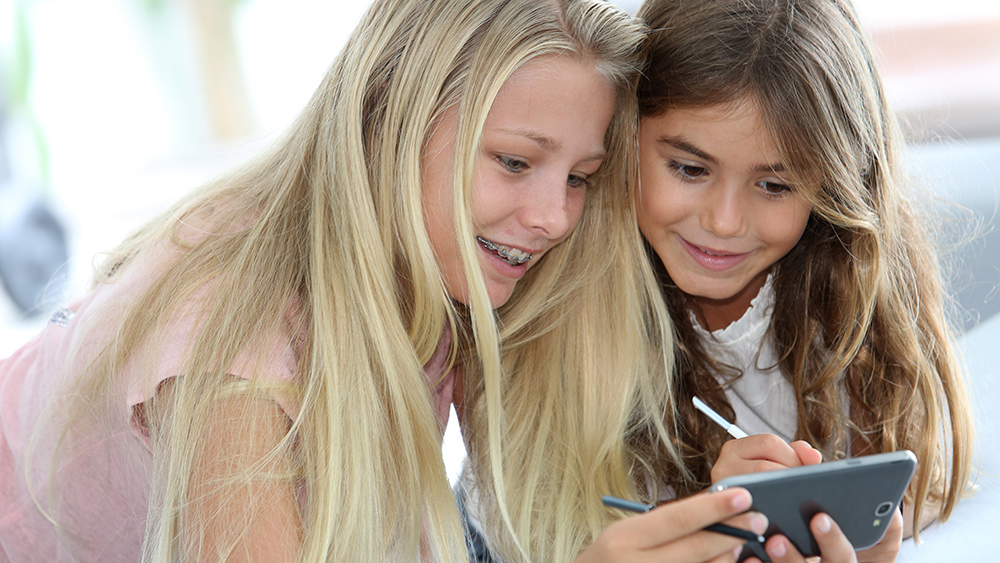 Findings from media researchers at the University of Oslo indicate that plenty of screen time is a positive rather than a negative thing for children and adolescents with a supportive family and school network.

The concern that media access may be harmful to children and adolescents has been a topic of public debate since long before the existence of the smartphone.

This debate has picked up pace with the increased use of digital technology. The researcher Jean Twenge, for example, wrote a book in 2014 that would become very influential, in which she argued that smartphones contribute towards lowering the quality of life of adolescents.

A new study indicates that this is incorrect.

“We actually find the opposite, that is to say a positive correlation between the self-reported quality of life of adolescents and the amount of time they spend online,” says Niamh Ní Bhroin, Media Researcher at the University of Oslo.

Together with Elisabeth Staksrud, Professor of Media Studies at the University of Oslo, Ní Bhroin participates in the European research project “Youth Skills”.

The objective of the project is to facilitate a conversation between researchers and decision-makers about so-called digital exclusion and how this is linked to vulnerability and digital skills. One key question relates to what the concept of good digital skills encompasses.

The basis for this new study is that Norwegian children and adolescents spend the most time online in all of Europe, while also scoring the highest when reporting how happy they are with life. This is one of the conclusions from the study EU Kids online in 2018.

In the new analysis, published in the journal New Media & Society, Ní Bhroin and her colleagues take a closer look at how time online is linked to how children and adolescents feel.

They look at both how time online influences self-reported quality of life, and the factors that affect the relationship between the two. This includes what children spend time doing online, including social media and games, but also social factors such as family, school and socioeconomic status.

The researchers have adjusted for factors such as age and gender. They then investigate how these different factors can influence how happy children are with life in the context of how much time they spend online. Researchers have only done this to a limited extent in the past.

Family and school more important than the number of hours

1001 children and adolescents between the ages of 9 and 16 were interviewed.

The results indicate that family circumstances, for example whether there are strict rules about screen time or whether time is spent facilitating and discussing how children use digital media, influence quality of life.

“Our findings indicate that for children with a supportive family and school environment, a high number of screen hours is a positive rather than a negative thing when it comes to a good quality of life,” says Ní Bhroin.

So how is it that the contentious screen time is not as harmful to children and adolescents as many feared?

“Digital tools are used to communicate with friends and family, for entertainment and for education. It is likely that too much focus on the negatives and possible risks, rather than harmful effects, help dampen the focus on the real extent of the positive day-to-day experiences children and adolescents generally have online.”

According to the researchers, this means that it is time to take a broader look at the vulnerabilities of children and adolescents when it comes to online use.

“We know from previous research that the degree of media influences in various situations is linked to several other factors, such as personality, attitudes, social circumstances and cognitive and emotional development,” says Elisabeth Staksrud.

“This means that people can react differently to the same content.”

She believes that there are reasons to think that this also applies to online use. One of the goals of the Youth Skills project is to identify what makes you vulnerable online and what skills can help reduce such vulnerability.

“If you have negative experiences online, for example in connection with unwanted sexual communication, this could contribute to lowering your quality of life,” she explains.

“But there might be ways in which this can be managed in order to reduce the risk of harm. We therefore need to learn more about such mechanisms.”

Who is most susceptible to experiences like these and how can they become less vulnerable have now become essential research questions.

“One of the things we are hoping for is to learn more about how children and adolescents understand and develop digital skills,” Staksrud says.

“But this will likely involve broadening the way in which we understand digital skills,” she adds.

“No complete agreement exists about what digital skills are, but it is often understood as technical skills. As researchers, we need to ask critical questions about this. We are therefore investigating this phenomenon in a broad sense, and perhaps we will find that it also covers completely different things, such as social skills and mental resilience.”

/University of Oslo Public Release. This material from the originating organization/author(s) may be of a point-in-time nature, edited for clarity, style and length. The views and opinions expressed are those of the author(s).View in full here.