Despite having more than four million users on its waitlist pre-launch, Coinbase’s “Web3 social marketplace for NFTs” has been a resounding flop, registering about 2,000 times less in trading volume than its largest competitor, OpenSea, since it launched.

Coinbase has one product that’s performing even worse than its sluggish stock: its NFT marketplace.

Three months in, Coinbase’s NFT platform is proving to be a complete failure.

The largest U.S.-based cryptocurrency exchange and one of the industry’s oldest centralized marketplaces seems to have completely botched the launch of its social marketplace for non-fungible tokens, Coinbase NFT.

While the exact reasons for Coinbase’s apparent failure are difficult to pinpoint, arriving months late to the NFT bull cycle (and four months after it planned to launch), spotlighting dubious NFT projects like MekaVerse (a once-hyped collection that was accused of rigging its drop and ultimately tanked), and gating the platform’s launch certainly didn’t help.

Coinbase launched its NFT marketplace in hopes of attracting the masses and differentiated itself from its competitors by styling itself as the “Web3 social marketplace for NFTs.” However, it appears that the product arrived too late for anyone to care. By the time the exchange released the product’s beta version in April—at least four months later than promised—the NFT market was already well on its way down to reach the same trading volume it had before the bull run in NFTs even started.

The best month to date for NFTs was January, when the total monthly trading volume topped about $17.1 billion. That’s more than the total trading volume recorded since Coinbase NFT launched. While interest in NFTs was free-falling, Coinbase took the decision to gate the platform’s release to a limited number of waitlisted users upon launch, likely hurting its adoption prospects in the process. Pre-launch, the platform had about four million users waiting in the queue to try it, while today it has registered only about 8,668 users in total.

Despite launching five full years before the now largest cryptocurrency exchange in the world, Binance, and seven years before its speedily encroaching competitor, FTX, Coinbase has started to lose its industry relevance and market share over time. While the exchange went public on Nasdaq in April 2021 in what was described as a “watershed moment” for the crypto industry, its stock has since plummeted amid a shaky macroeconomic environment, trading about 84% off its high at $51.71. The botched launch of its NFT marketplace “for social engagement” is only adding to its downfall, setting the company back millions of dollars with barely anything to show for it.

Coinbase is following other major players into the NFT fray, including FTX U.S., Crypto.com, and Visa. Consumer interest has exploded, with over 1.5 million signing up for the waitlist in… 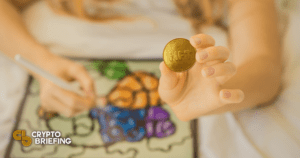 Opinion: How FTX Is Leaving Coinbase in the Dust

While FTX clearly has its sights set on expansion, Coinbase is lagging in many areas. FTX and Coinbase Compared Regardless of when you came into crypto, you probably remember the… 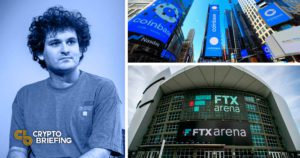