Celsius is looking to re-establish its relationship with its former Chief Financial Officer.

According to a legal filing, Celsius is aiming to enter an advisory agreement with ex-CFO Rod Bolger for at least six weeks.

Bolger joined the firm in February after its previous CFO, Yaron Shalem, was arrested in connection to Moshe Hogeg last year.

Bolger then voluntarily resigned on June 30 at the height of the company’s liquidity crisis. He gave eight weeks of notice prior to his departure as required. Bolger himself has now been succeeded by another Celsius employee, Chris Ferraro.

Despite Bolger’s resignation and replacement, Celsius is now asking Bolger to continue “providing advisory and consulting services” because of his familiarity with its affairs.

Celsius says that Bolger steadied the firm, guided its finances, and “acted as a leader of the company” during its financial crisis.

The firm has attempted to justify its request on the basis that the agreement is “an exercise in sound business judgment” and “in the best interest of the debtors [Celsius] and their estates.”

The filing indicates that Bolger has agreed to serve as an advisor to Celsius pending the approval of the court.

A hearing for the request will take place on August 8 at the U.S. Bankruptcy Court of the Southern District of New York.

Celsius will hire Bolger as an independent contractor and offer him $120,000 CAD per month for six weeks. Though this amount seems to be higher than Bolger’s original salary, the filing notes that the rate is de minimis—inconsequential compared to the $6 billion of assets held by Celsius.

The agreement is expected to last until September 16 but could be extended or terminated by mutual agreement.

Celsius halted user withdrawals over a month ago on June 12. It went on to declare Chapter 11 bankruptcy on July 13.

As bankruptcy proceedings began on July 18, Celsius revealed its recovery plan. It also confirmed it would attempt to restructure rather than cease its operations.

While it is not clear what impact Bolger’s participation will have on the case, today’s development suggests that Celsius’ bankruptcy proceedings will continue for some time.

A document has revealed that Celsius customers will be able to claim partial balances in cash or go long on crypto. Celsius Has Plans for Recovery Celsius representatives appeared in…

Scrutiny Intensifies on Voyager and Celsius 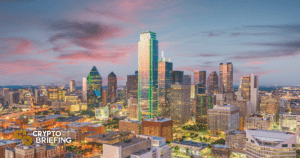 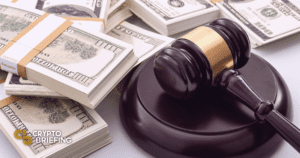