Just as Michael Masi sometimes took a different line to his immediate predecessor Charlie Whiting, so new FIA race directors Niels Wittich and Eduardo Freitas have followed had their own interpretation of the regulations, one that hasn’t always gelled with that previously understood by drivers and teams.

There has been much frustration among the drivers this year, many of whom agreed that Masi was doing a decent job prior to being kicked out in February in the wake of the Abu Dhabi controversy.

This season they have to learn to work with not just one new race director but two, with Wittich and Freitas taking turns in the main role, or as deputy. Generally they act as a team, although WEC duties mean that Freitas isn’t present at all the races.

Inevitably there have been questions about consistency, not just relative to past years but also between the two current officials, who have both been very keen to follow the rule book by the letter. The fuss about drivers wearing jewellery was just one example of how they approach things.

The aforementioned frustration has generally been kept behind closed doors, but in Austria Max Verstappen made his views clear.

“I don’t think necessarily it depends on one race director,” the world champion said on the subject of consistency. “I think it’s more about working with the drivers instead of just keeping your stance and just being stubborn.

“We want to make it better for everyone and it’s not like we’re fighting for ourselves.

“We have good conversations between the drivers and at the end of the day, more or less, on most things we agree. Of course, everyone has their own opinions about certain things.” 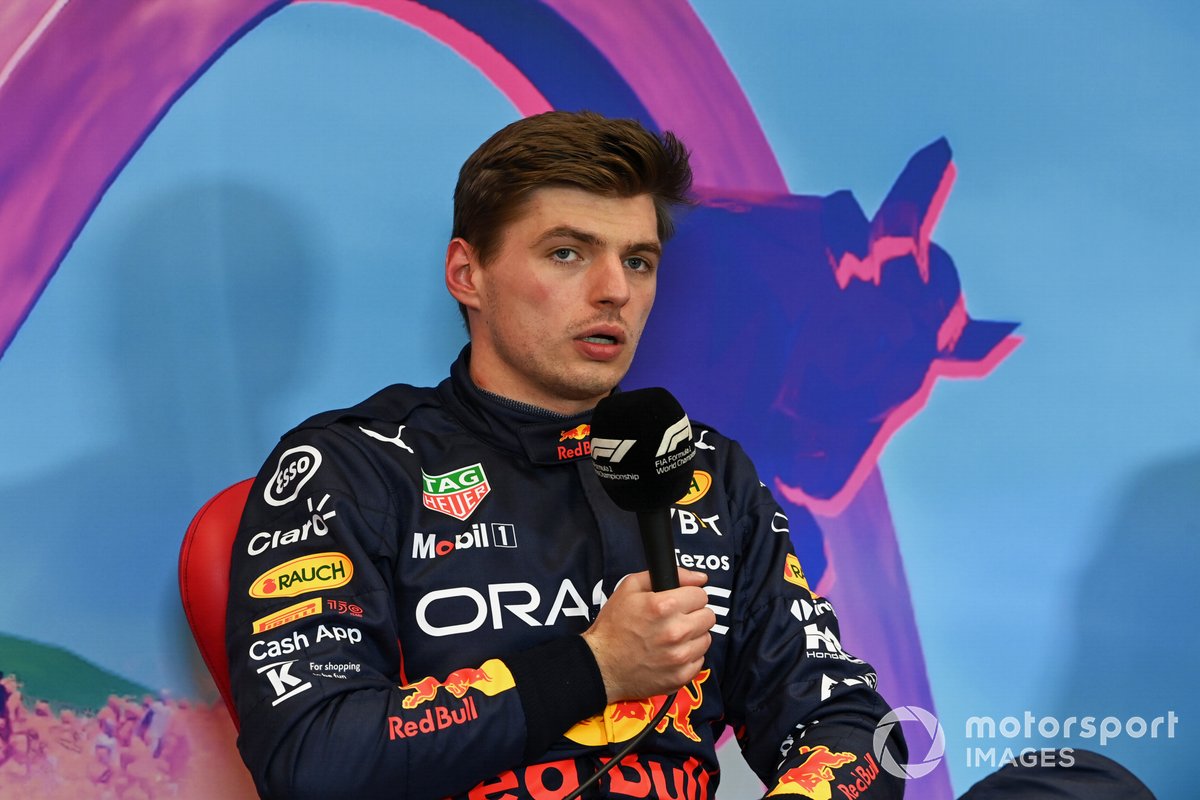 At last weekend’s French GP and at the behest of the Grand Prix Drivers’ Association, Freitas and Wittich took a look back at some recent incidents at the Friday evening drivers’ briefing, showing them from various camera angles, and then inviting opinion along the lines of whether or not a penalty should have been applied by the stewards.

Among those looked at were the clashes at the previous race in Austria between George Russell and Sergio Perez, and between Alex Albon and Sebastian Vettel. The first earned a penalty but the second didn’t, and as such they made for interesting case studies.

Most present agreed that Russell was at fault, and there was also strong backing for a penalty for Albon, although some split opinions reflected the fact that officials don’t have an easy job.

Some unintended humour was brought to the proceedings when attention turned to the last lap incident in Montreal, when Fernando Alonso was penalised for moving more than once in front of Valtteri Bottas. Alonso had cited the sanction as unfair in subsequent briefings, and in France it was shown for all his colleagues from the cameras of both cars, and an overhead viewpoint.

Apparently Alonso’s energetic weaving was so unsubtle that there was laughter around the room, and only the Spaniard and his Alpine team mate Esteban Ocon didn’t agree that it deserved a penalty…

As is usually the case at the drivers’ briefing the French GP stewards, the four men who ultimately apply any sanctions, were also present. None were involved in the Austrian GP collision decisions, although chairman Gerd Ennser was on duty for the Alonso case in Canada.

This was not the first time that past incidents have been looked at in detail in a briefing – it happened often under Whiting and Masi – but it was a novelty for 2022.

It’s also worth noting that Wittich and Freitas have been kept well away from journalists by the FIA, a direct response to Abu Dhabi and an attempt to avoid giving them the profile that Masi enjoyed. 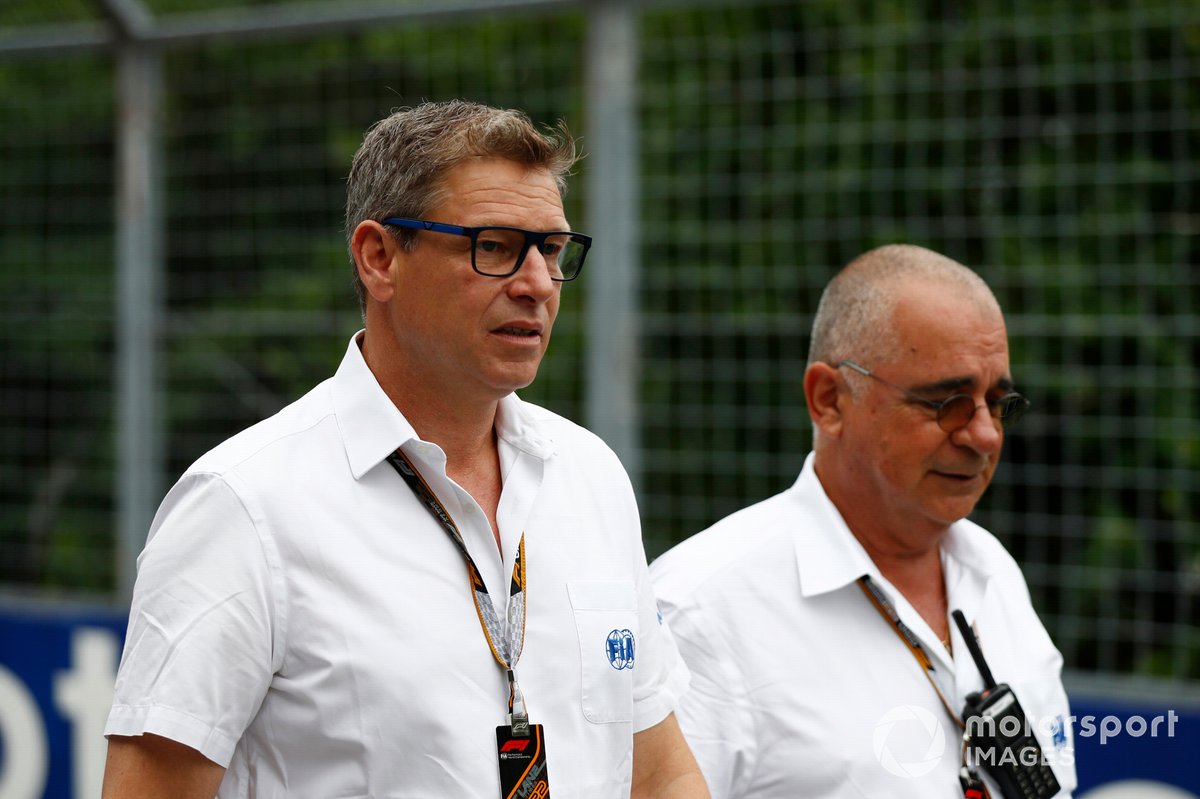 What that also means is that drivers and teams no longer get any extra FIA insight about incidents via the media in the days after each race.

In the current tense environment the co-operation of the new race directors in France was appreciated by the drivers.

GPDA director George Russell explained: “I think we all want to sit down together, look at these incidents together, get a bit of a view from the drivers, try and understand the thinking of the stewards so we can all sort of come on the same page.

Russell was involved in one the case studies chosen, so he had a direct interest in what was discussed.

“To the letter of the law, they followed the regulations,” he said of his Austrian penalty. “And I was in the wrong, but sometimes you need to look at it in a case-by-case basis.

“And if there’s a car on the outside, he’s got the clean line, clean air, and turns in and the driver on the inside has got nowhere to go, even if he’s ahead, you’re going make contact.

“It’s kind of like a football tackle, you can’t just give a ‘this is how you have to tackle, this is not how you tackle.’ Everyone is always slightly different. And you’ve got to give that racing sense.”

Albon, who escaped penalty in Austria but still apologised to Vettel for taking him out, spoke up in the meeting.

Albon agreed that the video review was a useful exercise.

“I think firstly it shows that it’s not that easy for them,” he said. “We know that it’s not an easy job for the FIA, but it’s more about us understanding why for example was George given a penalty and I wasn’t, and how can we learn how the stewards police it? So us drivers can also know how to fight in combat. It was more about that.” 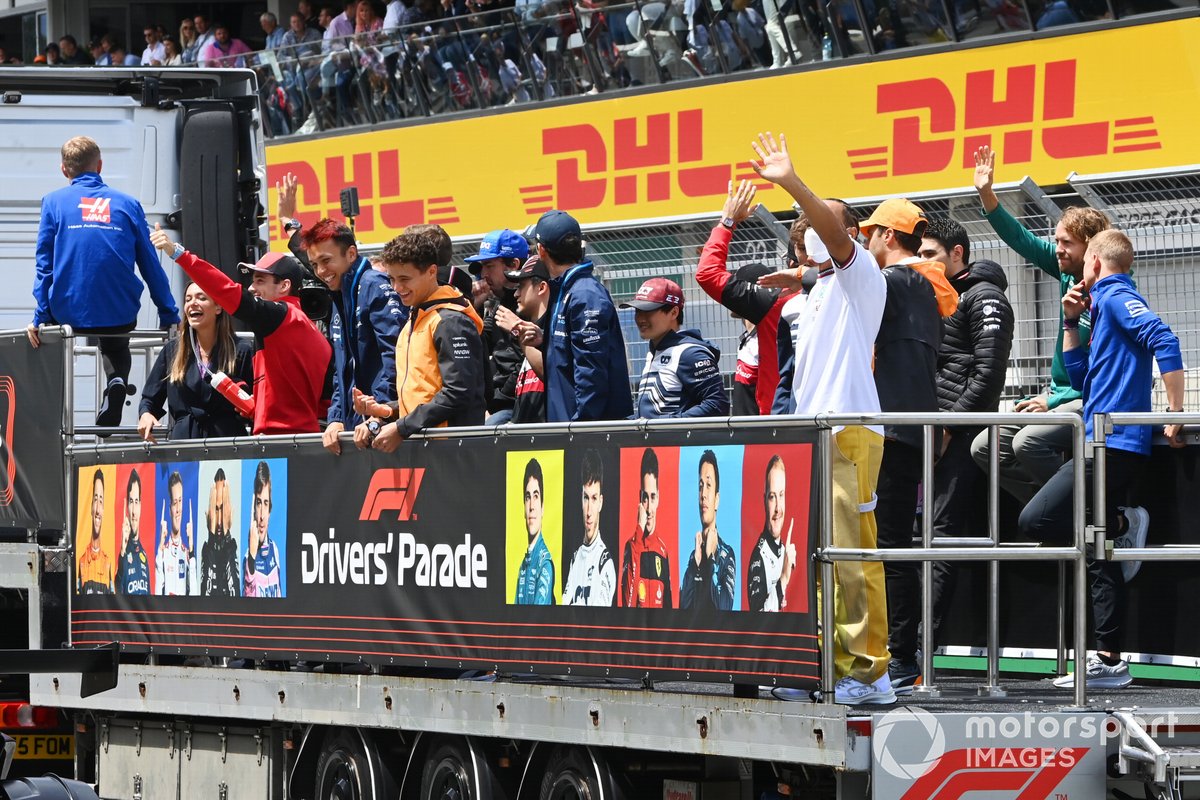 Alonso, who has never been slow to criticise officialdom when handed a penalty, also appreciated the opportunity for a debate.

“I think it is something in order to improve things and to show us some incidents and why they give penalties and why not,” he said.

“I think it is for the good of everyone, trying to understand better their approach.

“It has to be seen in the next events, because it can have a double effect, because when you see a video, and that was a penalty, then we will have it in our mind maybe [in a race] and it was exactly the same and why they didn’t give a penalty.

“So we could have a series of videos to review which could be interesting. At least there is an approach from the FIA that shows they are willing to improve things, making everything possible, and thinking outside of the box, because we never did that in the past. I’m quite pleased with that.”

The discussion at Paul Ricard covered other contentious ground. Sebastian Vettel, who walked out of a heated Austrian GP briefing in frustration and received a €25,000 suspended fine for so doing, was keen to talk about sausage kerbs.

Not for the first time the German highlighted that several drivers in junior categories have suffered back injuries after hitting similar kerbs and taking off, and he felt they were not necessary in France. He was left exasperated when told that they were required for the Porsche Supercup event.

Freitas said he’d have a think overnight, and on Saturday he confirmed in his updated notes that the kerbs been removed from the corners discussed.

“At least, they were taken away,” Vettel said after Sunday’s Grand Prix. “It’s just unnecessary risk. We’ve seen so many incidents in the past with those sausage kerbs, so I think they shouldn’t ever come back.”

Vettel acknowledged that the Ricard briefing had been useful: “I think we just want to talk to each other, we want to open up a dialogue and I think we can improve. I think it’s always useful. It’s not like we’re making the rules. It’s just for us to understand what we are allowed and not allowed to do so. I think it’s always good to talk.” 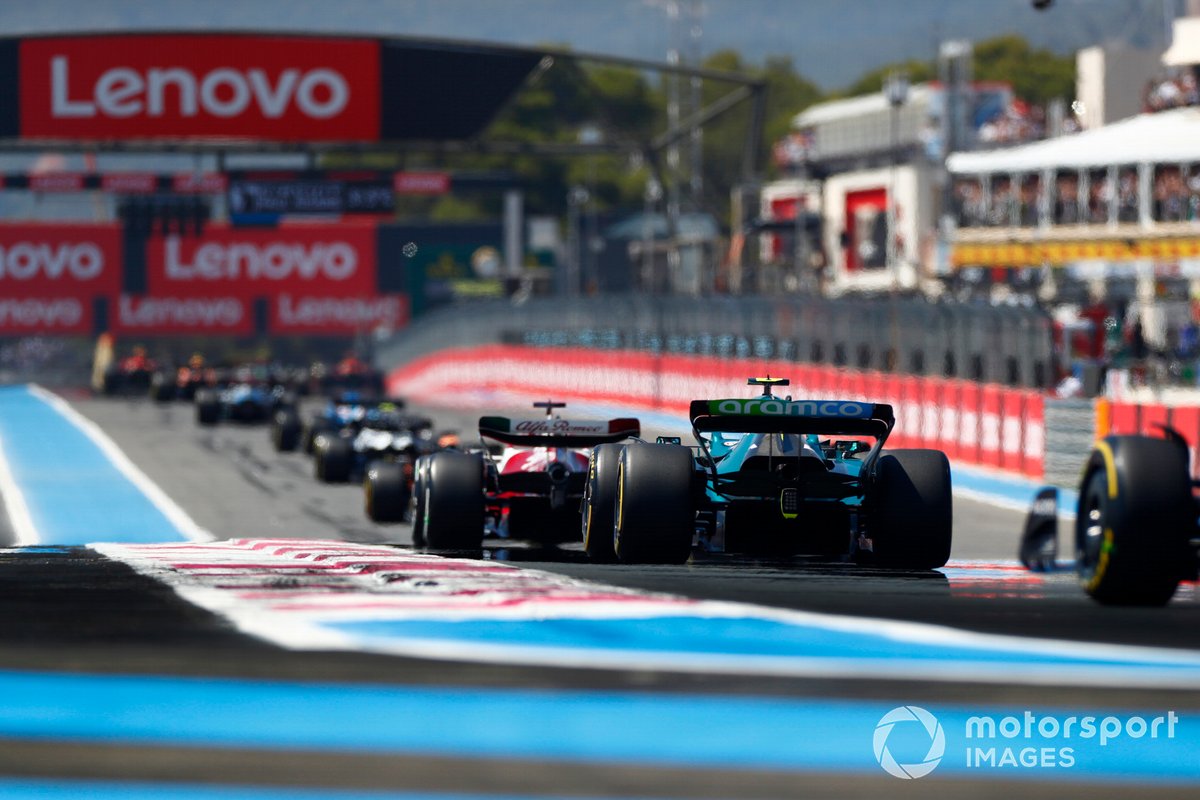 It shouldn’t be forgotten that the penalties are handed out by the group of four stewards, and not the race directors. Russell admitted that it would be useful to have had at least one of the men who penalised him in Austria on hand at Ricard to offer an inside viewpoint.

“You have the stewards from the current race weekend,” said the Mercedes driver. “But I think that’s where we need a bit more consistency, that you have probably at least one of the stewards from a previous event going to the following one to give these explanations. We were getting some explanations from the race director. It’s work in progress, for sure.”

The fact the stewards change from race to race is a regular topic raised by drivers. When they are called up for alleged misbehaviour they never know who they are going to face.

It’s intriguing to look at the 12 races we’ve had so far in 2022 – a grand total of 27 men and women have served as stewards across those events.

There’s extensive sharing and reviewing of information across the permanent chairmen between events in an effort to promote consistency, with their notes passed on to the others. However, it’s inevitable that 27 people are not always going to have the same response to each and very incident.

There used to be a single permanent chairman, but the teams rejected the concept as it was felt a single person in charge could have biases. However, it may be time to at least reduce the size of the pool from which stewards are drawn.

“I think we’d all be a favour to have the same stewards race-by race,” said Russell. “And it’s even clear between viewers or people within the paddock if there’s a certain incident, everybody doesn’t always have the same views.

“But if it’s always one person’s view every single time at least then you’ll learn over time as to their thought process into these decisions, and that will make everybody’s life a bit easier.”

It’s worth recalling too that around a decade ago the FIA held what one insider describes as “an extremely productive” day-long meeting in Geneva, away from the pressures of the track, where stewards and a few interested drivers and team members exchanged views. Perhaps it’s time for a similar get together to take place. 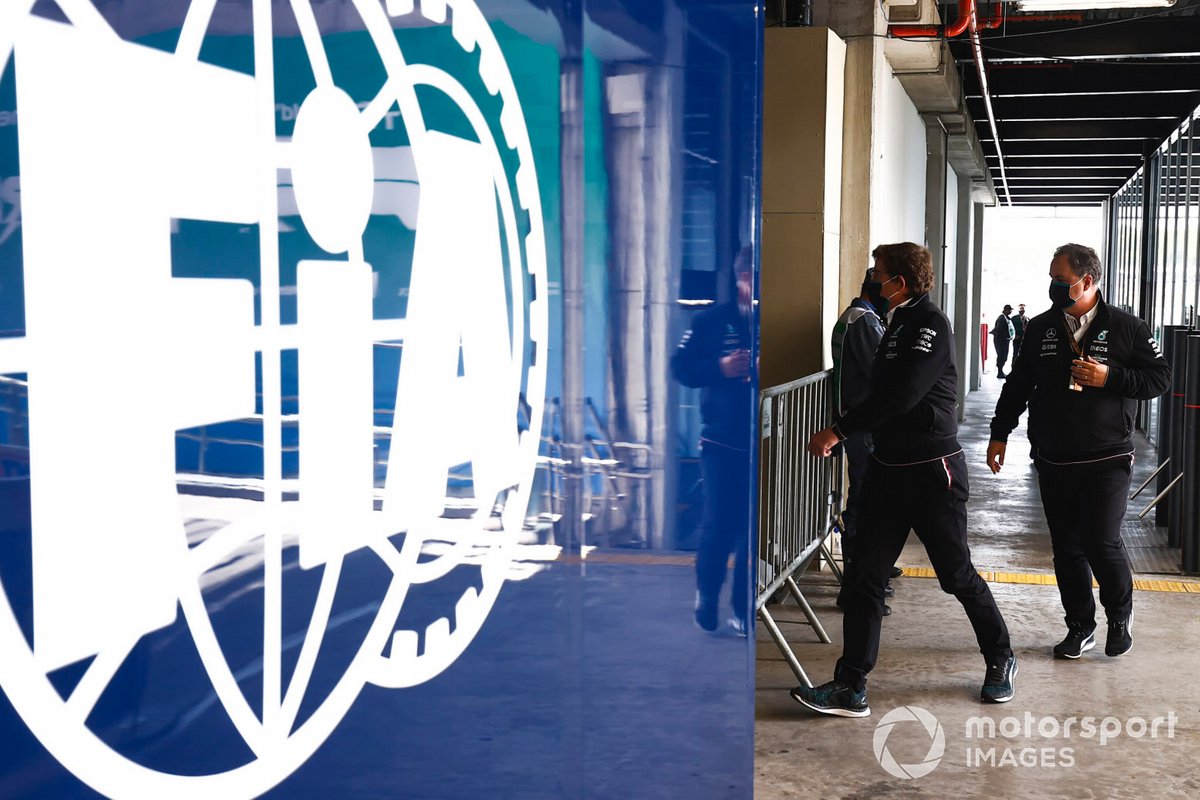